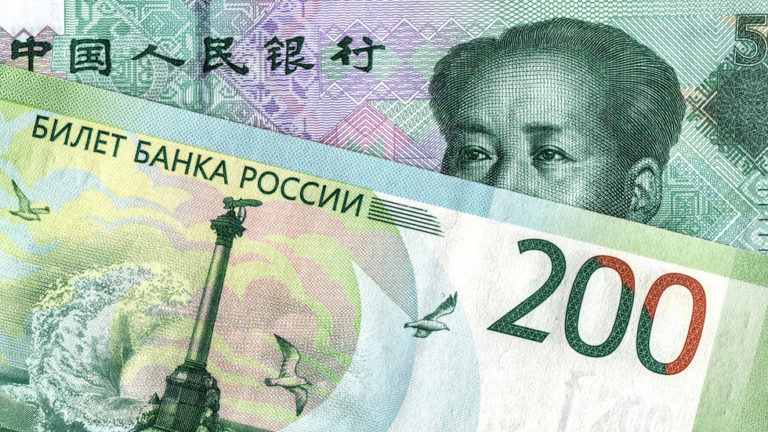 Money moving between Moscow and Beijing needs to be better protected against hostile states, Russia’s foreign minister has claimed, announcing that a payments system to rival Western alternatives will soon see more and more use.

At a press conference with his Chinese counterpart earlier this week, Sergey Lavrov said that the Bank of Russia Financial Messaging System will underpin increasing volumes of trade between the two countries.

“Our respective fiscal authorities, financial departments and the Central Bank will expand its application,” the diplomat said.

Explaining the decision, he argued that Russia and China will do whatever it takes to prevent relations between Moscow and Beijing “from being exposed to any and all threats from nations that are unfriendly towards our countries.”

The system, known as SPFS, is designed to allow financial institutions to communicate between each other, keeping transactions flowing. It is often seen as an analogue of SWIFT, a Western-made international payments system through which more than 30 million messages move each day.

Although Russia’s Central Bank is among those represented on the oversight panel for SWIFT, there have been consistent calls in the US and EU to cut the country out of the network as part of escalating tensions.

There is precedent for this as, under rules imposed by Brussels, Iran has already been shut out of the system. The operators note that, because SWIFT is incorporated in Belgium, it must adhere to EU decisions.

In 2019, then-prime minister Dmitry Medvedev said that blocking Russia’s access to the payments system would, “in fact, be a declaration of war – but nevertheless it was being discussed.”

However, previous campaigns to impose tough sanctions through financial institutions have struggled to find support in Washington and Brussels, with an acknowledgement that it would have potentially serious consequences for global markets and Western companies.

On Monday, as part of his visit with Beijing’s top envoys, Lavrov said that “the United States has declared its mission is to limit the technological development opportunities of both the Russian Federation and the People’s Republic of China.”

“We need to move away from the use of Western-controlled international payment systems,” he added.