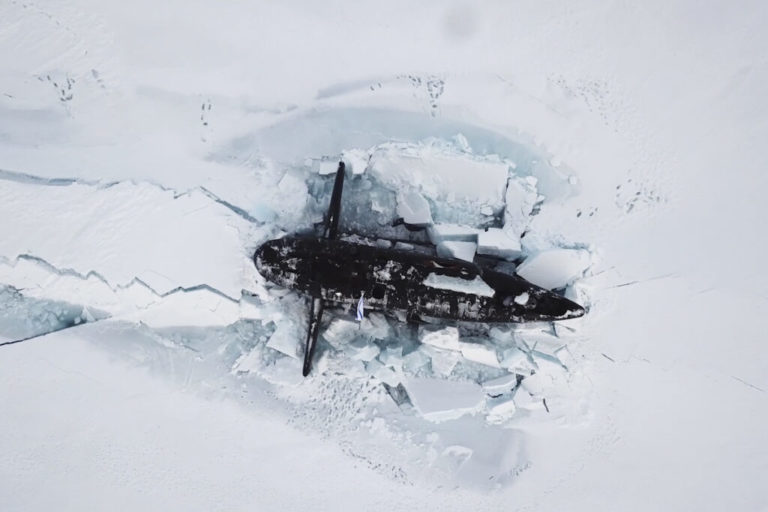 For the first time, three Russian Navy nuclear-powered submarines have surfaced from under the Arctic ice simultaneously.

For the first time, three Russian Navy nuclear-powered submarines have surfaced from under the Arctic ice simultaneously.

A video released by the Ministry of Defense shows the vessels coming up for air as part of naval exercises.

In the clip, the three submarines, which are around 300m away from each other, slowly break through the 1.5m of ice in the country’s far north.

After they surface, the video shows submariners coming out of the watercraft to salute each other.

The stunt took place near Alexandra Land, a large island and the site of the Nagurskoye military base, around 3,000km north of Moscow.

Speaking to President Vladimir Putin, the commander-in-chief of the Russian Navy Nikolay Yevmenov explained that the drill was part of the UMKA-21 arctic exercise, which includes the testing of military weapons and other equipment.

The naval chief also noted that the expedition area’s current temperature is 25-30 degrees below zero, with wind gusts reaching up to 32 m/s.

Earlier this month, Yevmenov revealed that the Navy would be getting three more nuclear-powered submarines before the end of the year to add to its already large fleet.