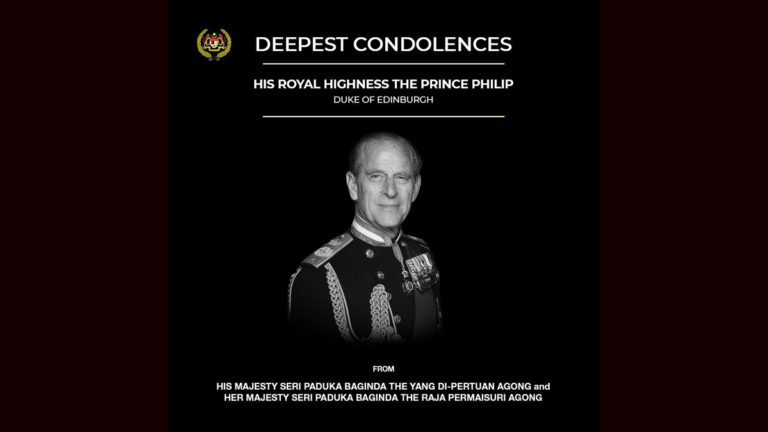 His Royal Highness will be remembered by their Majesties, the government and people of Malaysia for his steadfast support for Her Majesty, his unwavering commitment to the Commonwealth of which Malaysia is a proud member and his efforts to promote stronger ties between the United Kingdom and Malaysia.

Their Majesties’ thoughts are with Her Majesty The Queen, the Royal Family and the British people as we come together to mourn the loss of His Royal Highness Prince Philip.