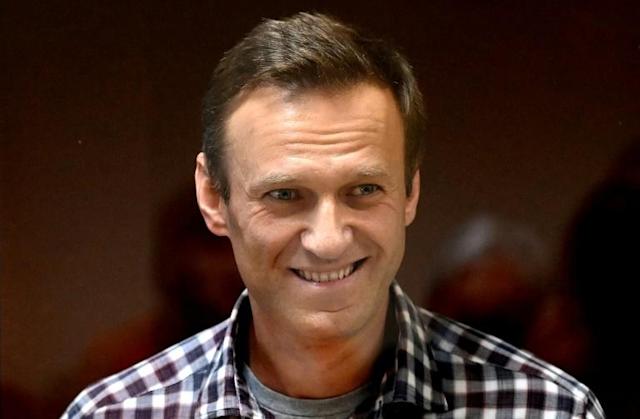 On Mar 31, President Vladimir Putin’s most prominent opponent – who was imprisoned in February – went on hunger strike to demand proper medical treatment for back pain and numbness in his legs and hands.

Navalny is serving two and a half years on old embezzlement charges in a penal colony in the town of Pokrov around 100km east of Moscow.

Their letter to the head of Russia’s Federal Prison Service was posted on Vasilyeva’s Twitter account on Saturday.

“This means both impaired renal function and that serious heart rhythm problems can happen any minute,” it added.

Having blood potassium levels higher than 6.0 mmol (millimole) per litre usually requires immediate treatment. Navalny’s were at 7.1, the statement said.

In the letter to the prisons chief, the doctors said Navalny, who was critically ill after a poisoning with the Novichok nerve agent, could suffer “cardiac arrest”.

They said he had to be examined immediately “taking into account the blood tests and his recent poisoning”.

Earlier this week, Navalny’s wife Yulia, who visited him in the prison colony, said her husband now weighed 76kg – down nine kilograms since starting his hunger strike.

On Friday, Russian prosecutors asked a court to designate Navalny’s Anti-Corruption Foundation and the network of his regional offices as “extremist” in a move that would outlaw them in Russia and could result in jail time for their members. – Source: AFP