The race for rare earth minerals: can Australia fuel the electric vehicle revolution? 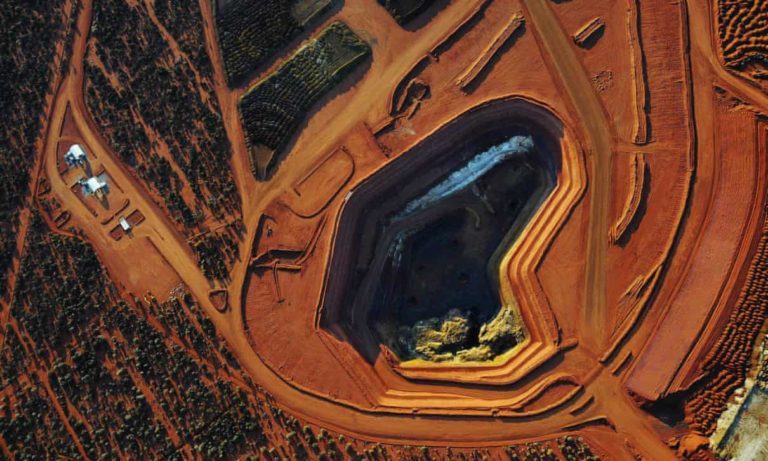 There are an estimated 1.4bn cars on the world’s roads today. Around 78m new cars are sold every year. To head off the worst effects of climate change, every single one will need to go electric eventually.

Whether it rolls off a production line in Fremont, California, or comes together in a vast megafactory in Qinghai, China, a colossal amount of human effort must go into building the components and obtaining their base minerals. In each car, for instance, there is roughly a kilogram of magnet providing the motion needed to fire engines and electrify windows. Roughly 30% of this material is made up of rare earth material known as neodymium and praseodymium (NdPr).

This material is three times stronger and a tenth the size of conventional magnets – and essential to the process. In 2016, Japanese car manufacturer Honda tried and failed to build a hybrid vehicle without rare earths. Over the next decade the use of NdPr in electric vehicle magnets alone is projected to soak up 40% of total demand, according to some projections.

Numbers that big are hard to ignore and though Australia may have dragged its feet on climate change over the past two decades, the prospect of making a killing in the electric vehicle supply chain is getting attention – especially as the rare earths business is dominated by China.

Rare earths are a clutch of 15 minerals from the lanthanide series of the periodic table, though this number is extended to include scandium and yttrium. These are minerals that occur in low concentrations and in geological formations that can make extracting them costly.

The science can be complicated, says Allison Britt, Geoscience Australia’s director of minerals advice, but speaking in very general terms it is because they oxidise quickly and the process can be extremely polluting.

“In a nutshell, rare earths are so chemically similar, they’re really, really tricky to separate,” says Allison Britt. “And in addition, some of the minerals they occur as can contain radioactive elements like uranium and thorium.”

A rare earth like neodymium begins life as a mineral encased in another mineral. Once pulled from the ground, the rock has to be crushed and cracked – a process that involves heating the material to break the chemical bonds that bind it together. After that comes “leaching”, where a chemical wash is used to dissolve the rare earth so it can then be gathered up as a concentrate. From there is refined into a pure oxide ready for manufacture.

Alone, China accounts for 58% of the world’s supply and the majority of the world’s refining capacity, thanks to its control of the intellectual property around the process and ability to run these industrial operations cheap and dirty. The only other refinery outside of mainland China is found in Malaysia and is operated by the Australian company Lynas Resources.

John Coyne from the Australian Strategic Policy Institute says none of this happened by accident.

“I don’t think you get this sort of dominance of the market when you aren’t well endowed with those rare earths, I think it was a natural extension of their economic miracle,” Coyne says. “Someone in China saw that opportunity early on and now they dominate the market.”

Will rare earths be a weapon?

In May 2015, the Chinese government released its 10-year industrial development plan titled Made in China 2025. While the country already had the capacity to make wind turbines, photovoltaic solar cells and electric vehicles in huge enough quantities to make them cheap, the ambition was to turn a low-tech industrial base into a high-tech manufacturing sector.

Doing so, however, called for Chinese companies to ensure 70% of the components and materials they used were sourced domestically by 2050. This portion of the document was enough to spook governments in Europe and North America – particularly as China had shown a willingness to weaponise supply chains it controlled during moments of heightened tension.

During a dispute with Japan over the Senkaku Islands in 2010, China slashed is global export of rare earths by 37%. The prospect of a supply shortage in an economy built around its electronics sector prompted the Japanese government to find alternative sources.

A similar incident occurred in 2019 when former US president Donald Trump launched an ill-advised trade war against China. In response, Chinese president Xi Jinping took a highly publicised tour of a rare earth production facility while state-controlled media The People’s Daily floated the possibility of retaliation.

“Will rare earths become a counter weapon for China to hit back against the pressure the United States has put on for no reason at all?” the paper asked. “The answer is no mystery.”

Roughly two years and a pandemic on, it is tempting to view the situation in the context of rising geopolitical tensions with China. Christian Downie, an associate professor in the school of regulation and global governance at the Australian National University, says to allow this to continue further would be a mistake as it would only work to undermine any global transition to a zero carbon economy.

“With the growing strategic competition between the US and China, the risk is that supply chains that are essential for the rapid deployment of clean energy technology could be disrupted by these political rivalries,” Downie says.

“You’d have to say that the way the critical minerals debate is being framed and the way countries are positioning themselves, suggests we’re moving down that pathway.”

Responding to trade tensions and worries about security of supply, companies such as Apple have already announced a next generation iPhone that will rely on recycled rare earth. Meanwhile, governments are talking tough.

‘We don’t have forever’

In March, a teleconference between the US, Japan, Australia and India held as part of the Quadrilateral Security Dialogue – a strategic partnership originally formed to counterbalance the influence of China in the Asia-Pacific – focused on the urgent need to find alternative sources of rare earths and build more refining capacity.

Since then there has been a flurry of activity as the Australian government has positioned itself to meet the new demand. A Critical Minerals Strategy had already been released in 2019, but rare earths received special mention under prime minister Scott Morrison’s $1.5bn National Manufacturing Priority roadmap in September last year. Under the plan, rare earth projects could access dual financial support from Export Finance Australia and the Northern Australia Infrastructure Fund.

Elsewhere, Australian companies have been jostling for new business. While the Malaysian government has moved to close Lynas Resource’s refining plant after sustained pressure over the environmental impacts from pollution, the company has proposed shifting production to Kalgoorlie in Western Australia. It has also inked a deal to build a new refinery in Texas funded by the Pentagon.

Other companies are also planning their own rare earth projects. Arafura Resources in particular is looking to break ground on its long-running Nolans rare earth project 135km north of Alice Springs in the Northern Territory.

Managing director Gavin Lockyer says it has taken 10 years to develop plans for the deposit, with its large concentrations of neodymium and praseodymium. The vision is for an all-in-one operation where all remediation work takes place progressively over the mine’s projected 33-year-lifespan instead of leaving it all to the end.

“This is seen as very favourable, particularly among European companies that want traceability in their supply chains.”

The end product will be an NdPr oxide that is 99.99% pure and has the consistency of talcum powder. The only thing standing in the way currently is finance. Lockyer says with prospective customers not willing to officially sign on the dotted line for fear of retaliation by their current Chinese-based suppliers, and the government-backed financial support previously offered yet to flow through, the clock is ticking.

“Australia’s got an opportunity here not just to dig it up and ship it overseas. We could become a world leader in this area. We’ve got good quality deposits and we’ve got good know-how,” Lockyer says.

“But we don’t have forever.” – THE GUARDIAN