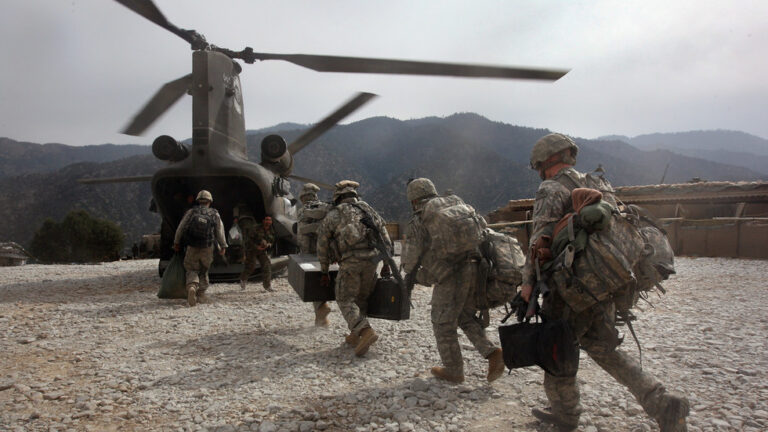 By withdrawing its troops from Afghanistan, the US has admitted that its operation in the country failed. That’s according to Russia’s foreign minister, who also accused Washington of further complicating the situation in Kabul.

Speaking on Thursday to the Far Eastern Federal University in Vladivostok, Sergey Lavrov said that the removal of American soldiers means that Washington has admitted defeat.

“The US is not just withdrawing its troops from Afghanistan,” the foreign minister said. “They are withdrawing them having de facto recognized the failure of their mission.”

He also noted that the US withdrawal from Afghanistan has caused extra complications because of the lack of political will in the country for a transitional government. According to Lavrov, the Taliban are behaving more militantly now that the Americans have left.

“Unfortunately, the leaders in Kabul are not very willing to organize something transitional,” he said. “It turns out that both they and the Americans are leaving the whole situation to be solved by force.”

Earlier this week, US Central Command declared that the withdrawal of American troops from Afghanistan is 90% complete. As part of the vast operation, the military said it has flown nearly 1,000 loads of unspecified material out of the country.

Many of the areas once occupied by American forces are now under the control of the Taliban, an Islamist movement banned in Russia. While the group has made significant territorial gains in the north of the country, issues have arisen on the border with Tajikistan. Afghan troops have had to retreat to Tajikistan’s territory several times over the past fortnight. Russia has pledged to defend Tajikistan, its ally as part of the Collective Security Treaty Organization (CSTO), against any potential conflict with the Taliban.