Muhyiddin: I will not sacrifice my principles 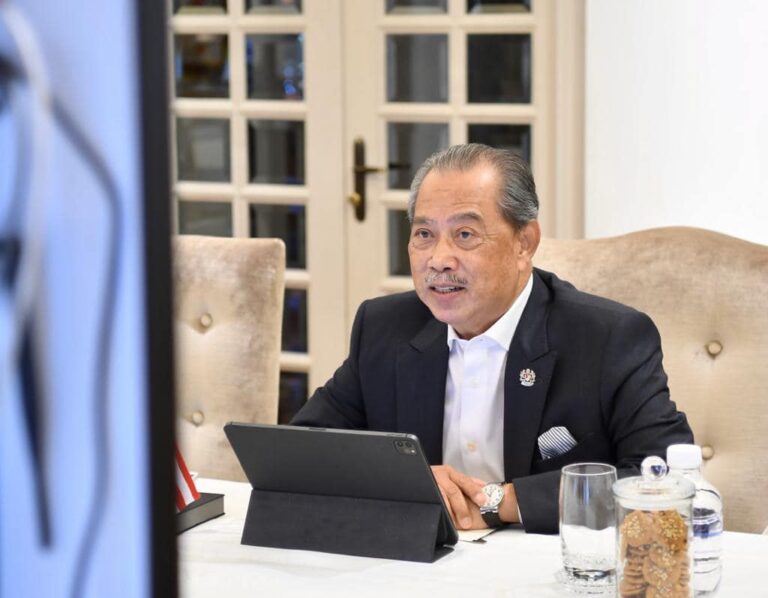 KUALA LUMPUR | In an apparent swipe against some Umno and opposition members of parliament, Prime Minister Tan Sri Muhyiddin Yassin said he will not sacrifice his principles just to bow down to unnecessary demands.

During a special address today, he also denied accusations that he had committed treason (derhaka) against Yang di-Pertuan Agong, Al-Sultan Abdullah Ri’ayatuddin Mustafa Billah Shah surrounding the recent revocation of the emergency ordinances.

“I will not sacrifice my principles and break my oath of office to fulfil all duties honestly, to devote my loyalty to the King and nation as well as to preserve, protect and defend the Constitutional Monarchy.”I know that they are less than happy with my insistence on not entertaining some of their demands.

“This includes urging me to intervene in court affairs to acquit several individuals who are being prosecuted for criminal offenses,” he said.

Zahid is facing a total of 47 charges, including 12 for CBT, eight for corruption and 27 for money laundering involving Yayasan Akalbudi funds.

Yesterday, Zahid who is also Bagan Datuk MP announced Umno’s withdrawal of support for Muhyiddin and the government along with 11 other Umno MPs, claiming the move proved the prime minister has lost his majority.

Zahid said he and his party members could not accept Muhyiddin’s defiance toward the King.

This was in relation to the revelation made by Minister in Prime Minister’s Department (Parliament and Law Affairs) Datuk Seri Takiyuddin Hassan in the Dewan Rakyat on July 26 that the emergency ordinances had been revoked on July 21.

This led to a statement by Istana Negara saying Al-Sultan Abdullah was disappointed with Takiyuddin’s remark since the King had not given his consent yet for the revocation to take place.

In response to the Agong’s statement describing the government’s action as unconstitutional, Muhyiddin’s office issued a statement saying Putrajaya had followed all proper procedures provided for by the Federal Constitution.