Dewan Rakyat, Senate Speakers, deputies can continue with their jobs 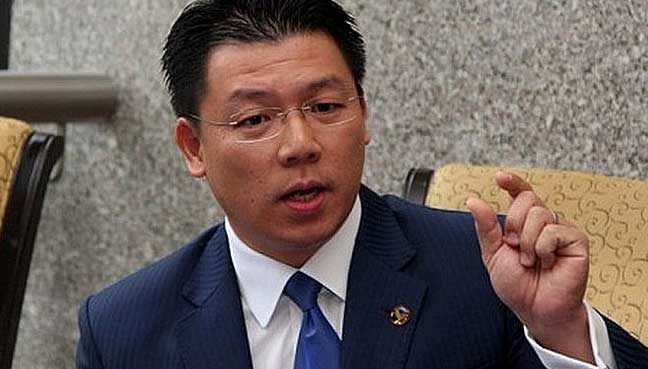 KUALA LUMPUR | The Dewan Negara and Dewan Rakyat speakers and their respective deputies can continue with their responsibilities related to the functioning of the two Houses of Parliament, though the Perikatan Nasional government is no longer around.

Former Dewan Rakyat deputy speaker Nga Kor Ming said according to the Federal Constitution, the speaker and the deputies are elected by the members of parliament and can only be removed by a motion tabled and approved by the two houses of Parliament.

“This is in line with the (Doctrine of) Separation of Powers, with Parliament being the highest legislative body not subservient to the cabinet and prime minister.

“Therefore, even though the prime minister has resigned or (has been) removed, the speaker and their deputies will remain in the august House until they step down or a motion to remove them has been approved,” he told the New Straits Times.

Nga, who was deputy speaker during the Pakatan Harapan administration, said he resigned following the motion to remove Tan Sri Mohamad Ariff Md Yusoff as the speaker was removed via a motion by former Perikatan Nasional (PN) prime minister Tan Sri Muhyiddin Yassin.

“The speaker and deputies are appointed by the august House even though they are recommended by the prime minister, but you need a motion and pass it at the Dewan Rakyat.

“Just like how Tan Sri Ariff had experienced and I resigned to show solidarity with him… before the then administration (PN) submitted another motion to have me removed from the position.

“Those in public office must understand that it is a task that is placed among you and it is not a private property so it is an honourable thing to do (to step down) when you lose the confidence,” he said.

Sources told the New Straits Times that the current Dewan Rakyat Speaker, Datuk Azhar Azizan Harun and his deputies, Datuk Mohd Rashid Hasnon and Datuk Seri Azalina Othman Said, are continuing with their responsibilities despite the resignation of Muhyiddin.

This is until a new motion is adopted, calling for their removal or they step down.

A senior fellow with the Singapore Institute of International Affairs, Dr Oh Ei Sun said office bearers of the Dewan Rakyat, Dewan Negara, the attorney-general and other similar positions will continue to serve until a new government takes over.

“Typically, they are so-called ‘hold-overs’ in one word and they will continue to serve until the new government asks them to step down.

“When the new government appoints another person to replace the person holding the position, only then will they step down,” he said.

Oh said an exception to the rule was former attorney-general Tommy Thomas, who resigned from his post when Tun Dr Mahathir Mohamad stepped down as prime minister last year.

On positions such as that of the attorney-general, Nga said it differs from speaker of the Dewan Rakyat, where the former is appointed by the government.

“The speaker and deputy remain because of the Separation of Power (Doctrine) and have a duty to the House until the House removes them.

“The appointment of the attorney-general is by the government, so it is the right thing to do by resigning when the prime minister and the cabinet who recommended the person for the position have stepped down,” he said.

Idrus, who is also the brother to Azhar, replaced Tan Sri Tommy Thomas, who stepped down after a 21-month-old stint. SOURCES: NST