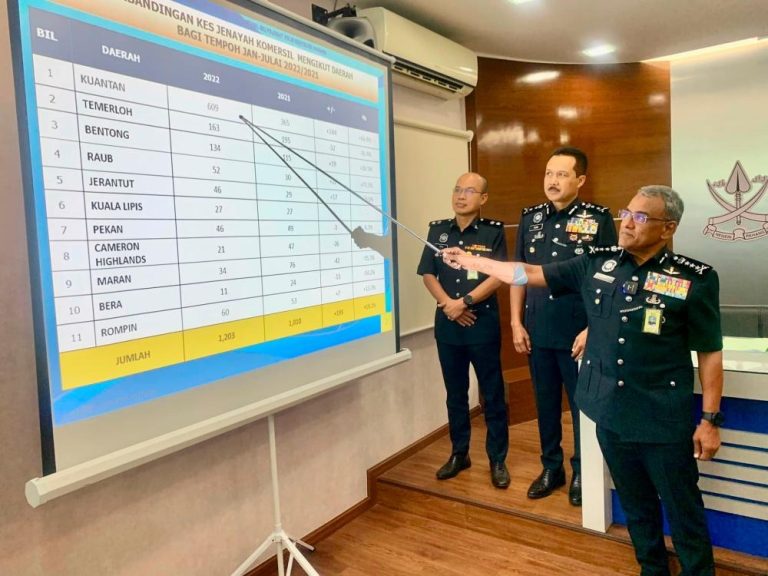 KUANTAN | Pahang police arrested four men, including a Chinese national, in connection with fraudulent job offers and dealings in the sale and purchase of bank drafts in Genting Highlands, Bentong yesterday.

“Preliminary investigations found that two of the suspects, one local and a Chinese citizen, were involved in this activity for the past six months, while the other two working as ‘junket’ dealers in Genting Highlands were at the premises of the raid at the time of the arrest.

“In the raid, we confiscated nine mobile phones and six laptops,“ he said in a statement here today.

Ramli said he believed the arrests would uncover more fraudulent activities involving job offers and buying and selling of bank drafts in Pahang or in other states.

Further investigation is carried out under Section 420 of the Penal Code which provides for a maximum prison sentence of 10 years and caning and liable to a fine if convicted. – SUMBER: Bernama