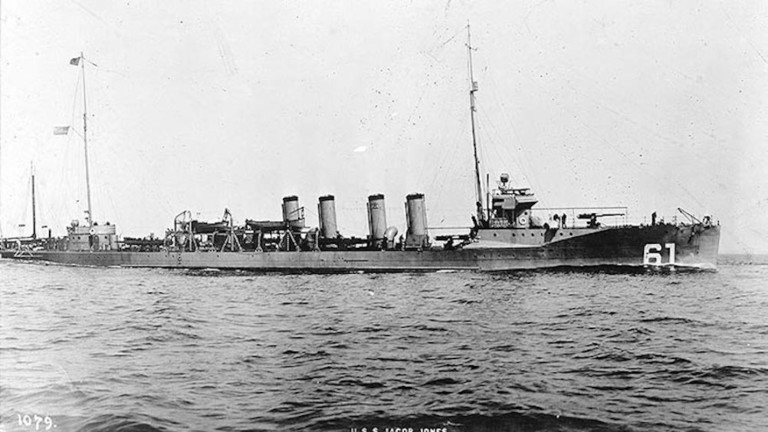 The wreck of a US destroyer torpedoed by a German submarine in 1917 was found last week off the Isles of Scilly after being missing for 105 years. The USS Jacob Jones was the first US destroyer sunk by enemy fire.

The discovery was made by a group of veteran British aquatic explorers called Darkstar.

“We are thrilled to announce that we have identified the wreck of USS Jacob Jones, the first US destroyer to be sunk by enemy action… She lies in 120M of water 60 miles south of Newlyn, Cornwall,” the team of divers said in a Facebook post.

The group noted that it had not removed anything from the wreck site and said it would contact the US Embassy “over next steps.”

The Darkstar trawled GPS locations provided by the UK Hydrographic Office and located the shipwreck on the second day of the search, the team told British media.

The vessel, one of six Tucker-class destroyers built before the US entered World War I, has been lying on the seabed since 1917 when it was torpedoed by a German submarine. According to historians, the Jacob Jones sank in just eight minutes without even issuing a distress call, taking 66 people with her.

According to various sources, Hans Rose, the commander of the German U-53 submarine that hit the destroyer, took one or two wounded sailors and radioed the American base at Queenstown with the approximate coordinates of the sinking ship.

Several members of the Jacob Jones crew helped get men out of the water and into the life rafts. Lieutenant Stanton F. Kalk swam between the rafts in the freezing Atlantic water until he died of cold and exhaustion. For his heroic actions, he was posthumously awarded with the Navy’s Distinguished Service Medal.

“No human remains were found or personal artefacts. But for me, the thing that brought it home was the bent prop shaft – which shows the trauma the vessel must have been through when it was torpedoed. Absolutely incredible,” one of the expedition divers, Dominic Robinson, told British media. SUMBER: RT